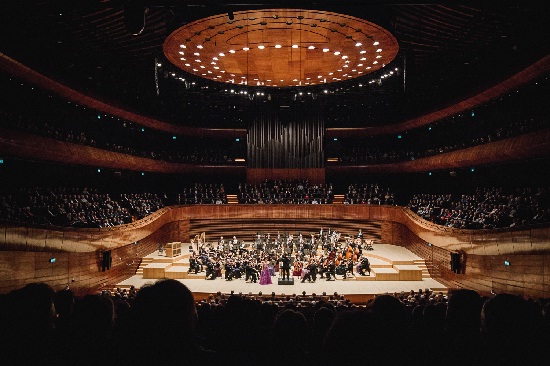 On the last day of 2017, the musical path led us to the seat of the Polish National Radio Symphony Orchestra in Katowice, so that we could be swathed in the music at the brilliantly directed New Year’s Eve Concert in the cozy atmosphere of the exceptionally acoustic hall of the Polish National Radio Symphony Orchestra seat that preceded the ball that usually takes place there. 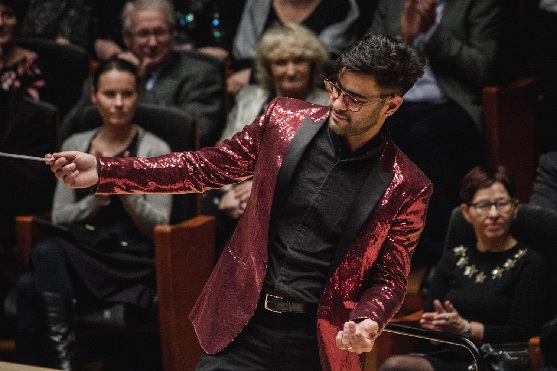 The hosts and hostesses of the concert were the musicians of one of the best Polish symphony orchestras, together with their guests invited on that day, being Andrzej Dobber and Urška Arlič Gololičič, and the conductor, Bassem Akiki, who gave this entire event its rhythm, all making us feel the atmosphere of the Parisian high society from „The Merry Widow” through which the invited guests were gliding in a dancing rhythm.

Once ”The Force of Destiny” overture resounded, the first one to appear by stealth was Falstaff, only to, fortunately, remain unnoticed, as who appeared right after him were others worthy of our attention, and from that moment on, began the actual New Year’s Eve celebration. 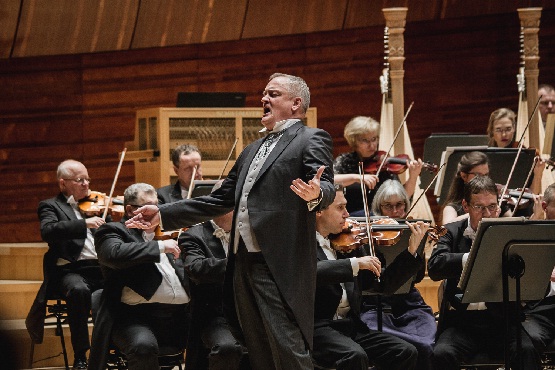 Urška Arlič Gololičič glared when singing the arias from „Traviata”, Andrzej Dobber caused an amazement when singing Germont’s aria, and the first part of the concert was closed to the sounds of the enchanting ballet music from „Lady Macbeth”, the effect of which was possible thanks to the flawless preparation carried out by the orchestra and the prodigy of its members. 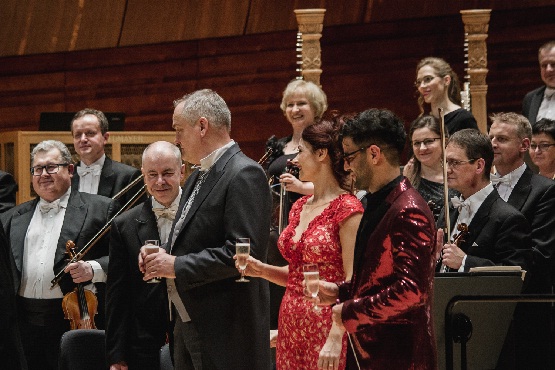 Right after the break, the source of both embellishment and a dose of concern that appeared were the ever-flirting „Don Giovanni” (played by Andrzej Dobber) and admirably immune to his favors Zerlina (played by Urška Arlič Gololičič), whose immunity stemmed from the fact that soon after she had a role completely different to that she was at that moment in time in to play and sing.

What followed, was a lot of dancing, joy, and a very happy ending, uproariously contributed to by the Polish National Radio Symphony Orchestra chairwoman, Mrs. Joanna Wnuk-Nazarowa, as felt due for the last and special day of the passing year.