WROCLAW/ Polen: Ambrogio Maestri and Lianna Haroutounian in „TOSKA“ at the Wrocław Opera House. The Premiere

Poland Wrocław. „You give my life meaning.“ Ambrogio Maestri and Lianna Haroutounian in „TOSKA“ at the Wrocław Opera House. The Premiere 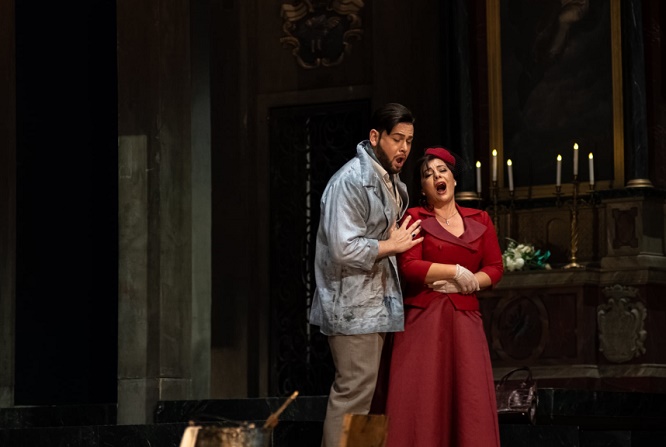 The world at the Wrocław Opera House. 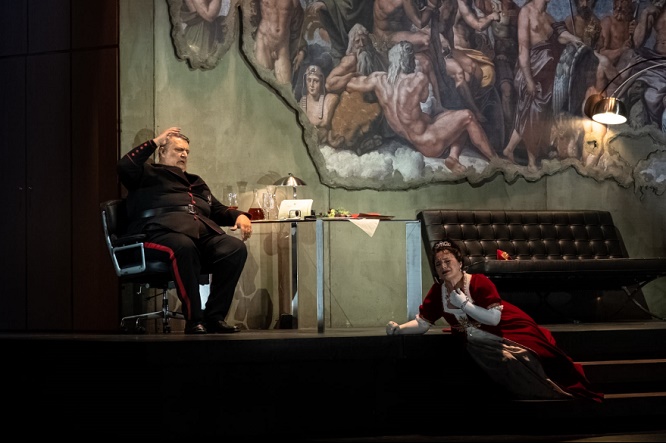 Love and lust, desire for another person for love and degradation, inflicting suffering and mental and physical pain, enslavement to gain physical love of a woman, to gain control over another person, to deprive him of love and dignity. These are the main characters of this work.

Power expressed by symbols, figures of characters walking around in a very realistically and tastefully realized set design, located on a rotating stage, giving the possibility of spatial location of the action of the human drama. The scenes interpenetrated one another, giving a sense of the mystery of life.

Two dominant personalities: Floria Tosca and Baron Scarpia caught my attention, the fight for the freedom of beloved Mario Cavaradossi – in this role Giorgi Sturua,  the challenge for the prize of male egoism, and all this expressed in singing from the greatest opera scenes, which this time resonated with the Wrocław orchestra under the baton of Bassem Akiki – Music Director of the Wrocław theatre. 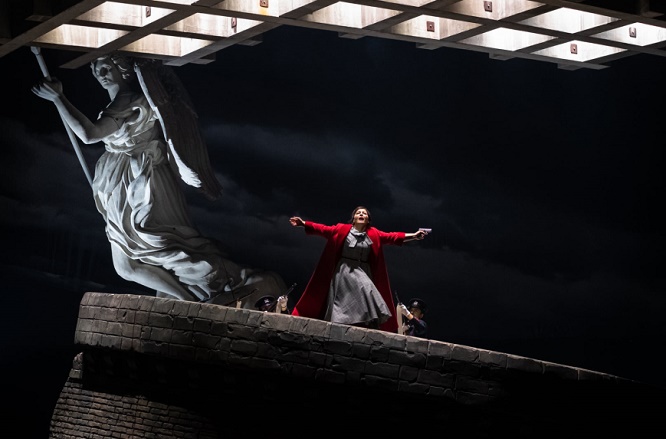 The sophisticated rendition of „TOSCA“ and the music played by the orchestra under the baton of Bassem Akiki made us stand up for a very long ovation, which seemed not to end, and although it was not directed by Michael Gielet, it became an integral part of this work.

„TOSCA“ gave meaning to our lives. 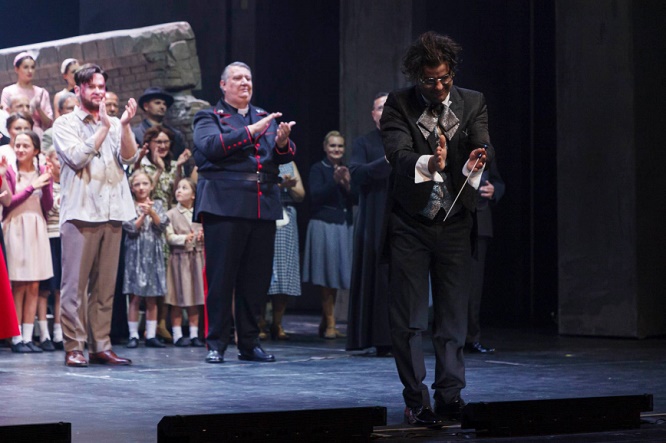