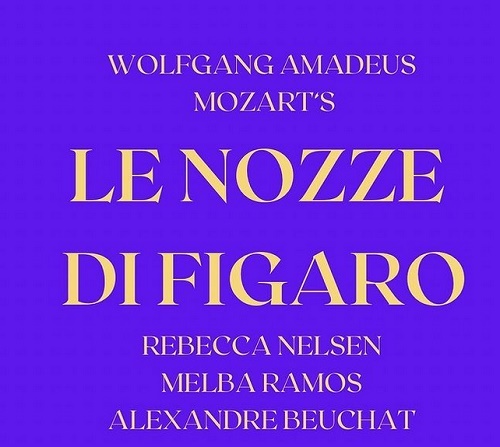 A core production of Vienna’s Volksoper is Le Nozze di Figaro, although it is sung in German language, what totally had noimpact on the evening, as Mozart was speaking German himself. MARCO ARTURO MARELLI’s production was  in a historical setting and focused especially on a huge fresco that was painted on sliding doors and varied during the acts. A set-up which underlined the historical framework of the Libretto and helped in his simplicity to underlign the power of Mozart’s music. A very good example for a unagitated yet beautiful staging.

ALEXANDER JOEL managed to conduct the orchestra of Volksoper nicely: They had been quite familiar with the music and could deal very well with the difficult acoustics of the building. The music was played very elegant and relaxed,  very well in harmony with the singers. Young Swiss Bariton ALEXANDRE BEUCHAT had his debut in this seria with singing the Count Almamiva. Especially after the intermission he was quite good in form and it can be stated that this young Gentleman will have a lot of opportunities in the future. Very well done!

In the best condition had been JULIA KOCI as Cherubino: She was very well accentuated in her play and her singing was indeed without any issue. Her version of „Non so più, cosa faccio“ has to be considered as a first highlight during the 1st act.  Her „Voi che sapette che cosa é amor“ was even topping it and one could feel, how many emotional energy she put into the role and how much verve in the quality of her singing this night. As well the fun she had with giving the role could be seen on her face. Bravo, bravissimo for an excellent performance of Mrs. Koci.

While TILL VON ORLWOSKY gave a very solid and convincing Figaro, with a charming and mischievous presence on stage. Bravo, Mr. von Orlwosky.

MELBA RAMOS gave us a blast as Contessa Almaviva. She really took us away into another world when singing „Dove sono i bei momenti“. She also acted like a real Contessa and has to be seen as a grand dame at Vienna Volksoper. In our humble opinion we really think that she deserves the title Kammersängerin – subito! Bravo, bravissimo, Mrs. Ramos!

Another highlight of the evening has been the performance of REBECCA NELSEN, who impressed first of all by delivering a very authentic play. Already with the famous duet „Che soave zeffiretto“ she sang in delicate appearance. With „Deh vieni non tardar, o gioia bella“ she finally sparkled like a diamond. We think that it is time for her to sing on the big stages like Vienna or Milano. Che grande bellezza! Bravo, bravissimo, Mrs. Nelsen.

All together it was a lovely evening, bringing the essence of Mozart on stage . Grazie mille e bravo tutti!“