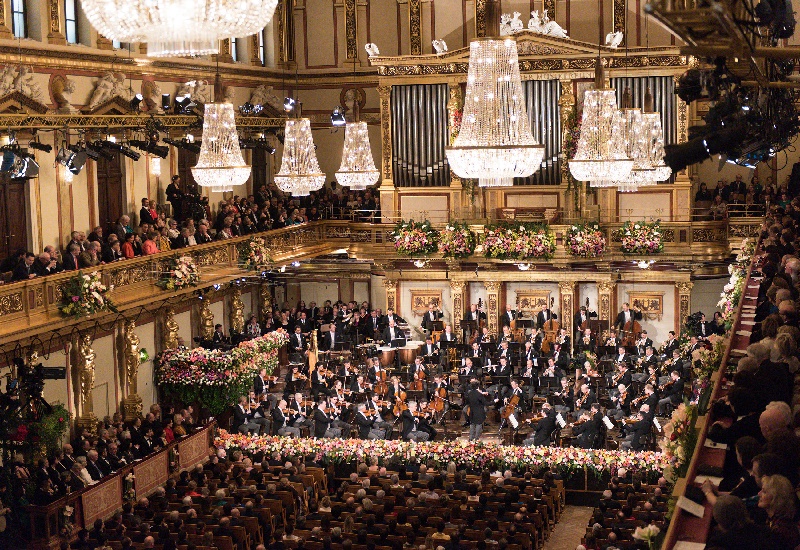 Can you go hundreds of kilometers to hear one song live? Of course you can. Especially if it is performed where you can feel the breath of tradition and uniqueness, in the one-of-its-kind Golden Hall, by one of the best orchestras in the world following the idea of a very reputable conductor. If, additionally, this song is for the first time included in the repertoire of the New Year’s Concert, the joy becomes even greater.

When the musicians of the Vienna Philharmonic took their spots, onto stage came youth and youthful enthusiasm—Gustavo Dudamel. The conductor was selected and—at the same time—distinguished not only for his entire previous work, but above all for the talent with which he had been blessed—not only a talent for music, but also a talent for working with people. And it really did not matter whether or not he was replacing someone, as on that day, he was the most important to all of us—and to the whole world listening to radio or television broadcasts.

And so they played.

First, in a marching rhythm, they matter-of-factly presented “Wiener Frauen” by Franz Lehár, to warm us up before what was coming next, as the stage turned into a Paris ice rink, on which they skated with Viennese grace to the rhythm of Émile Waldteufel’s waltz “Les Patineurs.” The unity of the conductor and the orchestra, precision, and Austrian perfection—it all was contained in this song, in which the orchestra became one body. It was really worth waiting for.

On this winter morning, Maestro Gustavo Dudamel invited “Pique Dame” by Franz von Suppé to dance, and so they swirled together on the Vienna stage. Gallantly offering his hand holding the baton, he subtly led her with artistic charm and natural joy, highlighting all the important figures—all that to the rhythm artfully played by the Viennese musicians. “Formidabale!”

Listening to “Mephistos Höllenrufe” by Johann Strauss, Jr., one could be certain that Mephistopheles himself was summoned from hell by means of cunning and music, willingly accepting an invitation to dance the waltz, and—led by the dance rhythm determined by the conductor and seduced by music from which his attention could not be diverted—he was then taken to the place where he would be deservedly punished („So ängstlich sind wir nicht !”) .

We could not take our attention away from the singing choir either—bravo, Johannes Prinz—and from all those polkas filling the beautiful hall.

To the perfectly playing musicians of the Vienna Philharmonic, Gustavo Dudamel added youthful energy—he refreshed it, retaining the distinctive sound of the Vienna orchestra, as only masters can.

Elegance, refinement, prestige, the solemnity of the atmosphere—that was the New Year’s Concert in Vienna, for which the audience gathered an hour before the performance.

There is only one original New Year’s concert: the one in Vienna. It was a wonderful winter pleasure, for which I am grateful.