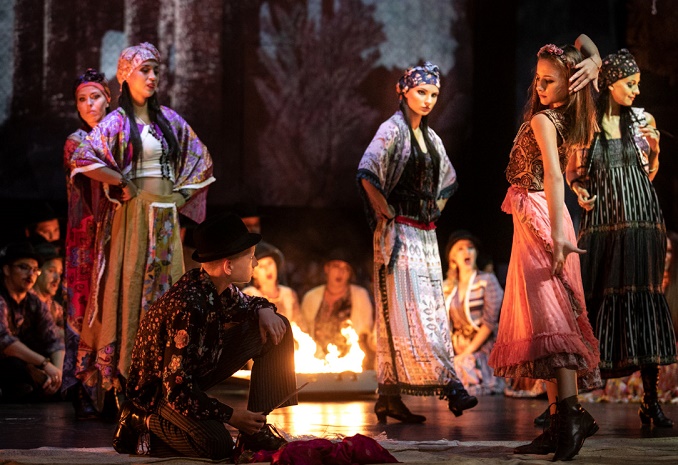 When the performance was over and the conductor was still in the orchestra pit, the Białystok audience stood up and expressed their thanks for the beauty of the music on the premiere evening.

It was the music that from the first moment attracted the attention and directed it to the stage, focusing it on, the enjoying their parts, artists of the premiere cast of Johann Strauss‘ „Gypsy Baron“, directed by Maria Sartova. 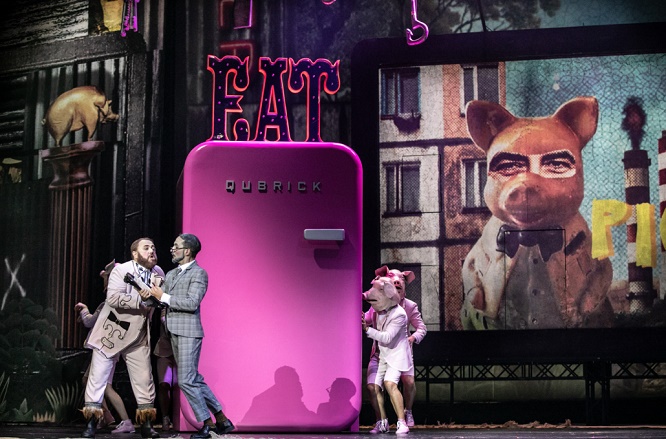 Everything gave the impression that it was not so serious that the authentic spectacle was not played, but only the artists appear in the comedy film in the costumes that the camera would love.  Overdrawings in the scenery (Damian Styrna), in gestures (Jarosław Staniek, Katarzyna Zielonka), in the patterning of costumes (Anna Chadaj) and props on the one hand, and on the other a real story about the lives of human beings expressed by the singing of each of the main characters, but above all the choir of the Podlasie Opera and Philharmonic in Białystok. The stage band singing in a struggle between two feuding worlds can be considered a choir mastery by Professor Violetta Bielecka.

The comedic character forced artists to increased effort and the audience to a deeper empathy in the content presented on the stage, which gave a very good reception, a feeling of importance by the viewer.  The music was the leading figure in this realization, thrilling to dance, emotion, smile, a moment of reflection on the values of the world, leading the characters: 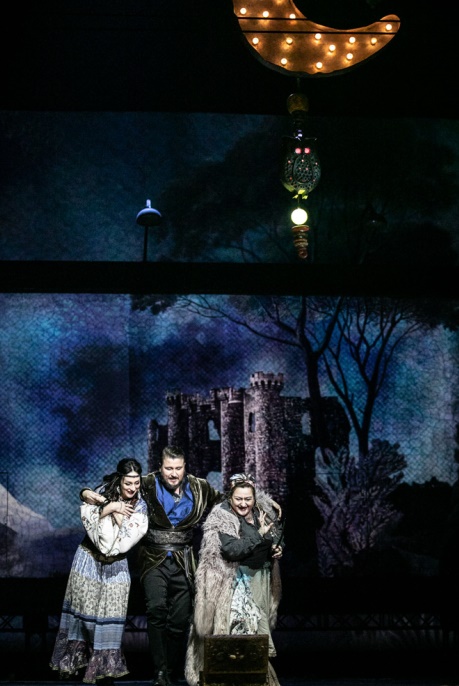 Bassem Akiki – Music management and conducting of the Podlasie Opera and Philharmonic Orchestra on the premiere evening.

The fruits of certain love: to music and to the cinema, to practice one’s own profession, to indifference to important social matters: the „Gypsy Baron“ in Białystok.