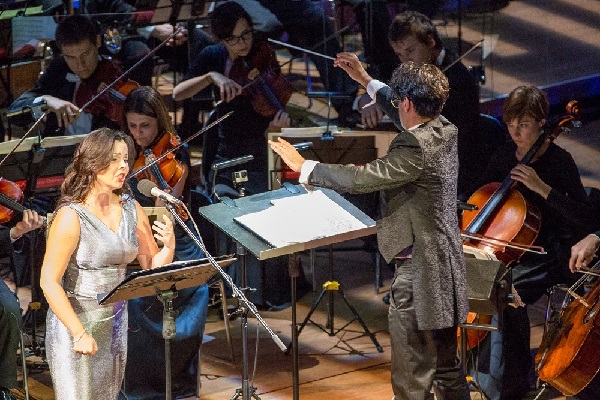 Last Friday, October 9th, 2015, I had the pleasure of taking part in an exceptional event in Cracow – Aleksandra Kurzak’s unforgettable concert at the ICE Congress Centre. Kurzak, the prima donna of world’s most famous opera stages, luckily for the masses of music lovers gathered at the brand new ICE Cracow, managed to include the performance in her agenda and accepted the invitation.

Just a couple of days earlier, I had yet another chance to experience Aleksandra Kurzak’s talent – on September 26th the artist gave a chamber concert at the National Forum of Music in Wroclaw where, to the virtuoso accompaniment of Janusz Olejniczak, Kurzak seduced nearly two thousand spectators gathered in the audience with her interpretation of Frederic Chopin’s songs. With consumable charm and finesse the artist gave a moving expression of all the emotions with which the beautiful songs are loaded. 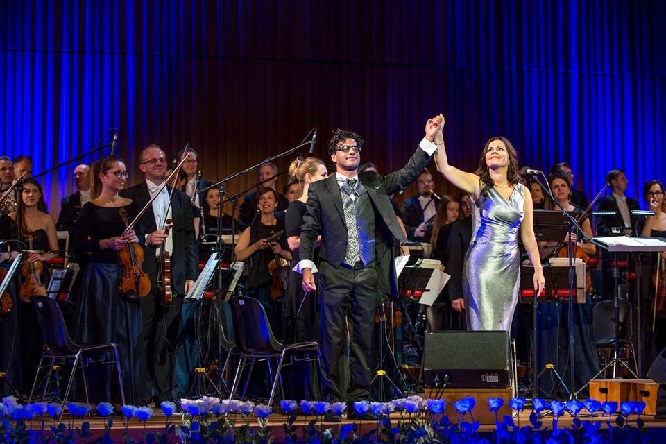 All the greater was my anticipation of the Friday event – the Cracow concert with the Beethoven Academy Orchestra conducted by the young and extremely talented Bassem Akiki, who in January 2016 will be the artistic director of the Viennese Music Festival held in Wroclaw at the already mentioned National Forum of Music, during which Akiki will also lead one of the concerts.

The programme of the Cracow concert was by all means intriguing – although composed of two parts, the first of which included overtures and arias from four famous operas by W.A. Mozart (The Marriage of Figaro, The Magical Flute, Cosi fan tutte, Don Giovanni), and the second overtures from G. Verdi’s Nabucco, Verdis Otello (Salce, salce bzw. Ave Maria) P. Mascagni’s Cavalleria Rusticana and Guglielmo Ratcliff, and arias from operas by Puccini (Turandot), Leoncavallo (Pagliacci), and Gounod (Romeo et Juliette), the concert felt as if it were a single beautiful story, and a love story, at that. Thanks to the mesmerizing stage presence of our Polish soprano who gave her all while interpreting the various pieces, and to the immaculately conducted orchestra under Akiki’s baton, the audience were witnesses to a moving story of a love that is at once cheerful, long-awaited, yearned-for, but also tragic and doomed.

This is what happened when two professional artists meet on stage – a soloist and a conductor who are not after spectacular “claptrap,” but who aim at an ingenious artistic intuition with a genuine feeling for what they do.

The encores with which the artists thanked for the audience’s appreciation managed to level off the emotions which accompanied the final touchingly sad piece from “Romeo et Juliette.”

The first encore was Meine Lippen, kuessen so heiss, an impressive aria from Franz Lehar’s musical comedy Giuditta, followed by Lauretta’s aria O mio babbino caro from Act One of Puccini’s Gianni Schicchi, and finally – the famous Summertime from Gershwin’s opera Porgy and Bess, which proved a perfect conclusion to this unforgettable Friday evening, an evening ideal for falling in love – with the beautiful music, the orchestra’s sublime tone, especially during the overtures, and Aleksandra Kurzak’s soaring, celestial voice, as well as her stunning personality.

We owe a lot to Mrs. Jolanta Zmurko – Aleksandra’s mother, who herself is an opera artist well known to and admired by audiences of the Wroclaw opera.

Although it’s already been a good several days since the concert, the emotions are still alive within us.