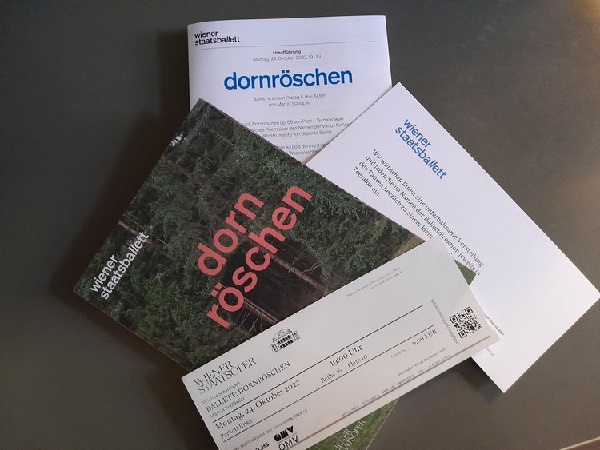 Today, ballet companies around the world generally edit the score of „Sleeping Beauty“. Average stagings are approximately about 2 hours and 50 minutes, including two intervals. Yesterday’s performance, because of the added music lasted exactly 3 and 35 minutes (this not including curtain calls)

There were rumours of difficulties during the production period, especially about the lateness of the choreographic work, which was supposedly far from ready just some weeks prior to the première. This was spread around the ballet circles in Vienna. But rumours are rumours. One should not listen to them. What matters is that we have once more seen a production with the same professional and creative level like all the other ones we had to get accustomed to for the last two years, since Manuel Legris‘ departure from the company.

Some four years ago, in another attempt to give a new reading to „Swan Lake“, a well-known German critic described Mr Schläpfer’s work in Düsseldorf as „terribly provincial“ (Note, in German: Tiefste Provinz. Provinz mit Geld).